Published on AdWeek on March 28, 2019. Written by Preethy Vaidyanathan.

The tech industry is massive, with tech revenue expected to reach a record-breaking $398 billion in 2019. Without the accomplishments of women like Ada Lovelace, Hedy Lamarr and Sophie Wilson, however, the tech industry wouldn’t be what it is today. These women defied societal norms, pursued their real interests and created inventions that changed the course of tech history.

In honor of Women’s History Month, here’s a look at their extraordinary accomplishments as well as key takeaways today’s women in tech can draw from their stories.

Ada Lovelace, born Augusta Ada Byron, sought mentors from an early age, which led to her becoming the first computer programmer. At the age of four, she began learning math and science from her mother, which was highly unusual for a young 19th-century girl. As Lovelace got older and her knowledge advanced, she trained with the first professor of mathematics at the University of London, Augustus De Morgan.

Lovelace eventually found a mentor in mathematician Charles Babbage, who encouraged her to study advanced mathematics, leading her to change the course of computing forever. Her work on Charles Babbage’s mechanical general purpose computer, the Analytical Engine, resulted in Lovelace publishing the first machine algorithm. This made her the first to recognize that computers had applications beyond simple calculation and also technically the first computer programmer.

Ada’s early learning and continued fascination with math and science would likely not have matured during this time without dedicated mentors who believed in her. Despite gender, she shifted the course of tech history as we know it. Whoever it may be, find a champion who is willing to guide you, and don’t be afraid to ask someone you admire for advice. A great way to find mentors is through networking. In-person relationship building is essential.

Without Hedy Lamarr self-advocating for her ideas, mobile as we know it wouldn’t exist.

While best-known for her screen presence during the Golden Age of Hollywood, Lamarr also revolutionized the technology industry by filing a patent in 1941 for a frequency-hopping technology. Her invention was intended for the military to control radio frequencies, a massive feat for critical war times, and is considered to be the earliest technology of its kind.

While it didn’t gain the recognition it deserved at the time, the Secret Communications System was eventually hailed as a crucial component of wireless communication. The system went on to help build Wi-Fi, GPS and Bluetooth capabilities, all of which are critical to our infrastructure and used by billions of people globally today.

As an actress first, Hedy Lamarr’s technological pursuits likely would not have come to fruition if she hadn’t shared her interests with fellow innovator Howard Hughes. Admiring her ideas, Hughes decided to give Lamarr access to his team of scientists and engineers to help bring her inventions to life.

No one can offer help, advice or resources without hearing your ideas first. Be proactive and have a voice, even if you are new to a field or company. Stand out, raise your hand and ask that burning question that’s been on your mind. Who knows what next great thing it could lead to.

Another woman who changed the course of tech is computer scientist, Sophie Wilson, who first designed the Acorn BBC Microcomputer and its programming language BBC Basic.

In 1981, Wilson improved the programming language for a microcomputer, the Acorn Proton, which won Acorn a computer education contract with the British Broadcasting Corporation (BBC). As part of the BBC’s initiative, at least one Acorn Proton was made available in every school in the U.K. 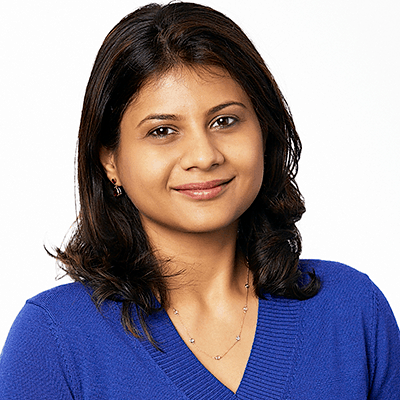 @Tapad Preethy Vaidyanathan is the head of strategic initiatives and PMO based in Tapad's New York office.

Marketing cookies are used to track visitors across websites. The intention is to display ads that are relevant and engaging for the individual user and thereby more valuable for publishers and third party advertisers. Any cookie placed by this site will stay active until opted-out of, which you can do in the options panel. Processing for marketing purposes will include the following activities: